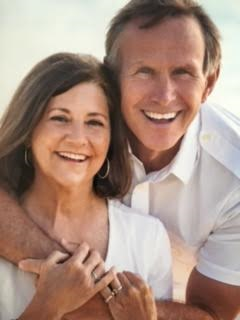 In 1950, author William Meade Prince tagged Chapel Hill as the "Southern part of
Heaven." With its magnificent tree-lined roads and spectacular university in the middle
of the small town, many people still think of it that way and it's hard to argue with the
description of it.

In 1983, I arrived on campus and began to live out my dream playing baseball for the Tar
Heels in Carolina blue. Born and raised in New York, I, like so many of my teammates
were 'Yankees' through and through. Many of us had an edge, thought we had all the answers,
and never had a problem with confidence. We had so many players on the roster from
above the Mason-Dixon line, you could say we put the 'North' in North Carolina baseball.

Making the transition to a different culture and way of life seemed pretty easy for us,
especially with all its sweet tea, barbeque, and mellifluous accents. Other than that, I didn't
really think there was a big difference between the two regions, except for maybe the weather
and beautiful girls. 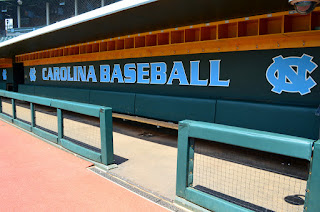 However, that changed near the end of the Fall baseball season when we were having
a picnic after a practice. It was the moment I really knew I was in the South.

Mike Roberts, our baseball coach with a thick Southern accent hatched in Tennessee,
uttered those two words with affection towards his wife.

"Miss Nancy."  Nobody in any part of the country but the South, puts a "Miss" in
front of a woman's first name. I remembered hearing it over and over again in
"Gone With The Wind",  the American Classic which was set in the deep South
(Atlanta).

There was "Miss Scarlett", "Miss Melanie", and "Miss Prissy" uttered over and over
throughout the movie, signifying the utmost respect and admiration for a woman.

When I heard our coach address his wife in that manner, I realized this indeed, was
the South and the "Miss" before the Nancy couldn't be more fitting, signifying so
much admiration and respect of a woman who was deserving of it. 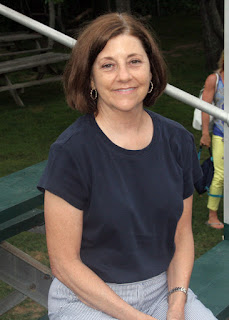 Nancy Roberts could've been cast in "Gone With The Wind" as the quintessential
Southern woman, and as the wife of a coach who spent more than 20 years at the
university, "Miss Nancy" became the First Lady of Carolina Baseball, a role she
played so well, but there was no acting, it all came so naturally.

Eva McCullough's, wife of beloved "Coach Mac", an assistant to Roberts, leaned
on Nancy during their days together being the spouses of coaches who spent long
hours at the stadium and away from their families.

"I remember what a great role model she was for me," Eva McCullough said. "I
was so immature and clueless as a parent and I learned so much from her."

During the high-intensity of baseball games at Boshamer Stadium, I remember
Nancy always being so dignified and so composed, which wasn't all that easy. Most
of the opposing fans came to Chapel Hill just to heckle her husband on the field,
showering him with foul language and insults. I imagine Nancy had to heating up
inside, but she never, ever lost her cool.

Born and raised in Greensboro, North Carolina, Nancy played basketball in high
school before moving on to UNC, where she met Mike. She may have come to be
known as the wife of the baseball coach, but Nancy was much more than that to
players and the women that eventually became their wives.

"Nancy was a beautiful example of the hands and feet of Jesus," Hubbard said. "She
embodied Philippians 2:3, always serving others with quiet humility."

Nancy was a great mother who helped raise a daughter, Angie, and a son, Brian, who
was like her "mini-me." During  my freshman year, I vividly remember the scar on Brian's
chest after having open-heart surgery to patch a hole in his heart. He must've been five
or six at the time, and I remember thinking what a brave little kid he was to be able
to endure that frightening procedure. Brian had his mother's coloring and quiet and respectful manner. The mother's pride
and joy grew into a major league player, enjoying a solid career with the Baltimore
Oriole and New York Yankees.

Several months ago, Nancy, like her son, had surgery on her heart. However, complications
ensued and an infection ravaged her body. Miss Nancy Roberts died February 10th at
the age of 66. She's gone far too soon but her memory will live on forever with all the players
who came through the UNC program during her time as baseball's First Lady.

Miss Nancy will be laid to rest this Saturday in Durham, North Carolina. She impacted
the lives of many, never asking for a thing in return, 'always serving others with
quiet humility.'

"I will miss her  as my role model and my dear friend," Patty Hubbard said.

Rest in peace, Miss Nancy, you will be missed.