TEBOW, TIGER, AND 'DON'T EVER GIVE UP' 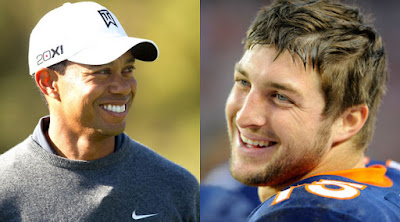 
....Not the man who points out how the strong man stumbles.

Tim Tebow is back in the consciousness of the sports world after nearly two years of
dealing with failure. He's in camp with the Philadelphia Eagles trying to earn a spot
on a very tight and talented roster. On Sunday, he returned to a standing ovation while
scoring a touchdown in a preseason game against Indianapolis. 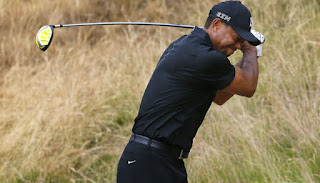 Tiger Woods has been washed out of our consciousness because his steady failures
in a  game now filled with young and wildly-talented players who have  passed him
by. As Jason Day was raising the Wannamaker trophy Sunday, Tiger was back home,
watching a game he once thoroughly dominated while seeing his ranking plummet
into the 300's.

Like Tiger, Tebow dominated his game once, albeit at the college level, earning a Heisman
Trophy and two national championships at the University of Florida. He was the king of
college football and a legend long before he left the campus in Gainesville. 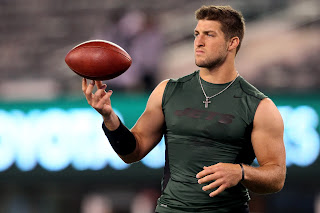 Tebow was like Tiger in that he had his legion of haters and when his talent, or lack of it,
got exposed in the NFL, the haters and 'expert' analysts made like he was a piñata and just
kept whacking and whacking away at him.

A funny thing happened though,  Tebow never broke. Ever. He got traded by the
Broncos, cut by the Jets and Patriots, and couldn't even get an invite to training camp by
his hometown team, the Jacksonville Jaguars, who sucked worse than he did.

However, Tebow, never quit and never gave up on himself. He worked with throwing
specialist Tom House and continued to work out in hopes of getting another shot with
an NFL team, which the 'critics' said, seemed about as likely as Ryan Leaf hooking on
with the New England Patriots and taking over for Tom Brady. 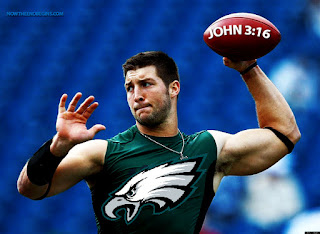 Despite all the hate, the critics, and an NFL door that seemed all but bolted shut, Tebow
didn't quit. Nope, he didn't let anyone else tell him that he was done and it was time
to move on with his life.

The haters and critics have been all over Tiger going back to that regrettable night when
he barreled down his driveway in an ambien-fueled haze, knocking over a fire hydrant
letting all the sordid details of his private life come gushing out.

Tiger hasn't been the same since. Oh, sure, he's won a lot of tournaments, but has gone
MIA in the major ones, which is what everyone in the sport is measured by.  Tiger was on
pace to shatter Jack Nicklaus' record of major titles,(18) but now it appears, he won't
get any closer than where he is right now. (14) 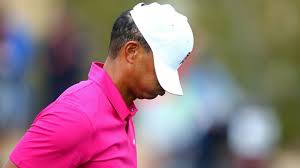 For the last year and a half, Tiger has played like a weekend hacker, striking fear in
no one while getting openly mocked by the 'experts' and even other players in the game.

Many see Tiger as the old and breaking down Willie Mays, who stumbled his way
around the diamond with the New York Mets during the final stages of his career,
causing people to wonder why Mays would embarrass himself, rather than just quit
the game.

I've heard people say Tiger and Tebow should just do the same and get it over with
and save themselves the embarrassment. Yeah, that's right, just retire because the talent
is gone, and in Tigers' case, the mind has followed.

Those critics and haters never get it. Quitting is easy. When the going gets tough for
most people in the country, they just pack it in. They'd rather walk away and disappear
then endure any hardship and embarrassment. 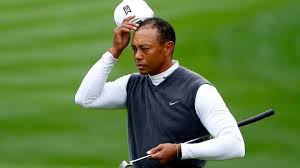 The perseverance, determination, and mental toughness is what got Tebow and Tiger
to the top of their respective sports. Those same qualities are the things that keep them
going right now and that's a lesson for everyone, athlete or not.

Quitting is not an option.

People see Tiger and say, "He's a billionaire who never has to work in his life. He's
got all the toys and trophies, so why doesn't he just quit?"

Tiger is not wired like mere mortals and as embarrassed as he might be about his golf
game, I'm sure quitting is the last thing on his mind. Tiger may never find his game again,
but he's not folding like a tent and going home. He's embracing the struggle, working
his butt off, and still believing in himself.

That is the great lesson in all of this. This is the story that should be admired and relayed
to not only the next generation, but to everyone that's dealing with setbacks and failure.

Man, it's so very easy to quit. Anybody can do it. But once you quit, it'll be even easier
to quit during the next struggle. Anyone can quit and that's when a person's true character
is revealed. If a person quits, he'll be labeled a quitter forever.

I'm sure if Tiger and Tebow did quit and give up on the dreams and passion, those same
critics would blast them for being quitters and not being good role models for young athletes.
That's just the way it goes, doesn't it?

In this social-media driven, A.D.D world we live in, we often forget the great lessons
thrust upon us. Great moments pass before our eyes, we believe it for a minute, then
move onto something else. 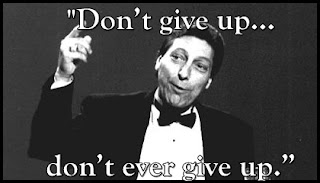 Remember when Jim Valvano, a man whose body was ravaged by cancer, got up during
the ESPY's years ago and said, "Don't give up, don't ever give up." The national champion
basketball coach wasn't just speaking to cancer victims battling for their lives, but to
all the people who've dealt with failure and disappointment. Every young athlete, parent,
and most of all 'critic' should read the speech by Valvano. It's epic and one of the
greatest lessons of all.

No matter how bad things are going for Tebow and Tiger, they haven't just quit and
gone into oblivion. Tebow may never throw another pass in the NFL and Tiger could go
winless for the rest of his career, but they won't be ever labeled 'quitters.' Sure, they've
been called a lot of other things, but 'quitters' will never be one of them.

They've battled and persevered and haven't listen to any of their critics, which is a
beautiful thing.

"....The credit belongs to the man who is actually in the arena, whose face is marred by
dust and sweat and blood; who strives valiantly; who errs, who comes short again
and again, because there is no effort without error and shortcoming.... who at the best
knows in the end the triumph of high achievement, and who at the worst, if he fails,
at least fails while daring greatly, so that his place shall never be with those cold and
timid souls who neither know victory nor defeat.”
--Theodore Roosevelt
"It's not the critic who counts"
Posted by Paul Devlin at 8:56 PM