A LETTER FROM BRIAN BILL 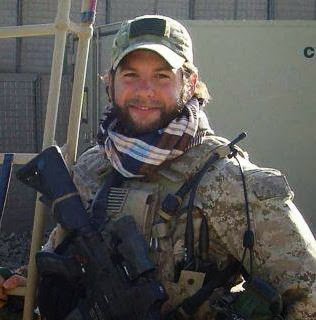 That was the eighth anniversary of Brian Bill's death. He was one of 31 SEAL's
killed  in Afghanistan when the helicopter they were traveling in was shot down by a
rocket-propelled grenade fired by the Taliban.

I didn't know Bill personally and our only connection was a trivial one. He was from
Stamford, CT which borders New Canaan, where I went to high school. But after I
learned of his death while fighting for our country, I became fascinated with him for
what he accomplished in his 31-years and grew to admire him for the true hero that
he will always will be.

Brian Bill had a big personality, big smile, and big dreams. After he fulfilled his
military commitment, Bill wanted to be an astronaut. After reading about everything
he did in his life from being a mountaineer, triathlete, earning his pilot's license, and
serving as a SEAL, I have little doubt he would've done something remarkable in space. 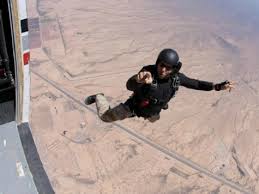 As I mentioned, I never even met Bill, but I felt like I knew him. As a reporter and
a managing editor of a news web site at the time of his death, I wrote several articles
about his heroics in the military, earning a Bronze Star medal with valor and a Purple
Heart, among other commendations.

The more I learned of Bill, the more I believed he was the epitome of a true American
hero.  Yeah, like the real thing. He embodied character, courage, and believed  the good of
our country was more important than anything else, including himself.

His sister, Amy, posted a letter Brian wrote to a friend while he was overseas fighting
for the country, on Facebook several months ago. She graciously granted me permission
to use it for this article. I think the letter captures the spirit of Bill and the kind of person he
was.

"The truth is I want you to live a life of fun and excitement. I want you to travel
and to go to music festivals and arts shows and all of that fun stuff. I want you
to live a life of freedom and spontaneity. That is why I work where I work. That
is why I love what I do. I do it because I know that people are out there free
enjoying the things they love to do. When I come home and I see people out and
about living their life with a big smile on there face I get excited and I have a smile
on my face.”… (Brian Bill, 2008)

That's who Brian Bill was: caring, thoughtful, and unselfish. He was thinking of others
as he was battling faceless enemies on foreign soil, far away from his friends and hometown.

Bill didn't just talk the talk, he indeed, walked the walk. During a dangerous mission
where he and his SEAL teammates were battling the enemy at night in the forest, Bill
saw his best friend, Adam Brown, gunned down. This scene was featured in the best-selling
book, "Fearless." Bill saw Brown was down and mortally wounded and went back to
get him. He carried Brown to the get-away helicopter where his best friend would die.

That's the definition of a hero.

I've tried to honor Bill and help spread the story of heroism over the past four years.
I dedicated my performance in a half-Ironman event to him and have authored several
articles of him. I think about him often. 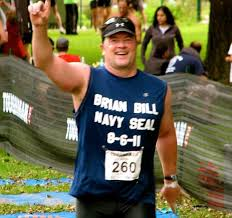 As the years passed,  I found a connection to Bill through his cousin, Kerry Nagle,
whom I went to high school with. His aunt came up to me at a swimming meet in
Wilton two years ago and introduced herself and told me more stories about Brian.

Most rewarding of all, I got to meet Brian's wonderful mother, Patricia, and sister,
Amy, this past Winter. His father, Scott, also connected with me on Facebook and
wrote me a heartfelt note. These are moments I will never forget.

It has been really special to meet Brian's family. They are beautiful people. 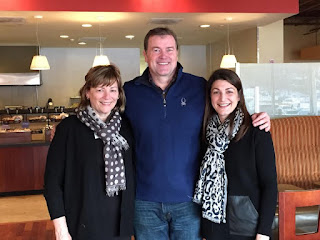 I will continue to honor Brian for the rest of my life in  any way that I can. He was
a special person and a true American hero.

I realize every anniversary of his death is a sad one for his family, but every August
6, is also a time to realize that Brian Bill represents everything a hero really is.

Reading about the kind of person Bill was, I often get the feeling that he would have
come back alive if he controlled his own destiny, fighting on the rugged terrain of
Afghanistan, depending on his smarts, savvy, and courage.

However, he, like the rest of his SEAL teammates were in the air, depending on the
helicopter pilots to get them safely through the mission. Unfortunately, it was shot down
out of the sky and the 31 SEAL's didn't have a chance. 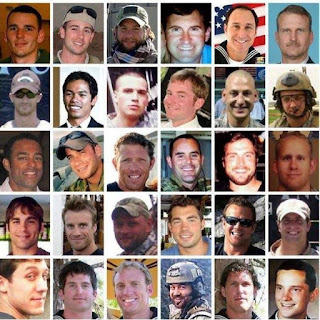 I also get the feeling that if Bill was going to die, he'd want it no other way than
to pass away with his brothers and the teammates he battled with side-by-side with,
forming an unbreakable bond.

That's just the kind of person Bill was.

Never forget Brian Bill and everything he did for this country. 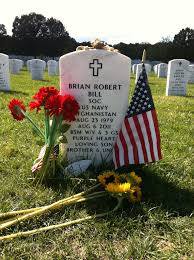