THE BEAUTY OF MALCOLM BUTLER 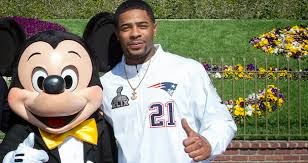 Every once in a while an athlete comes along who captures our imagination and
inspires people to do great things. They overcome tremendous odds, reminding us
that anything is truly possible.

Mo'ne Davis did that during the Little League World Series, showing us that girls
could not only play with the boys in baseball, but dominate them. She opened the door
for a nation of girls who once thought it couldn't and made them believe that, yes, it
most definitely can. 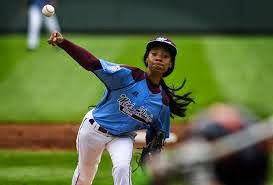 Michael Oher did that as well. The subject of the book and movie,  The Blind Side, Oher
not only played big-time college football, but become a star in the NFL against all
odds.

As a teenager in Mississippi, he was poor, homeless, and uneducated, but with
the help of his adopted family and a belief in himself, Oher lived his dream of
playing professional football.

Malcolm Butler is today's inspiration. As a player who went to a small-time college
in Livingston, Alabama, Butler didn't have much growing up and put on the pads
realizing that no player from the University of West Alabama had ever made it to
the NFL. They don't even give out scholarships at Division II schools and if Butler
got a new pair of cleats to last him his entire career, he'd be considered really lucky.

Last Sunday, Butler not only played in the Super Bowl, but won it for the New England
Patriots with a stunning interception at the goal-line with 20 seconds to go. It will go
down as one of the greatest plays in the history of the Super Bowl and one that's made
Butler a hero in New England forever. 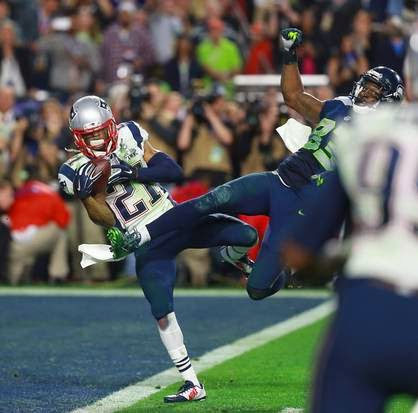 The interception in the Super Bowl marked the first one ever by an undrafted rookie
free-agent in the sports biggest game. That's right, Butler had two great years at West
Alabama, but when you play the likes of Shorter, West Georgia, Stillman, Cumberland,
and Miles College, it's  tough to get get noticed and have any NFL team take you seriously.

Chan Gailey, the former head coach of the Dallas Cowboys and Buffalo Bills who was
out of the league at the time, coached Butler in an all-star game recommended Butler
to the Patriots because he thought they were the one team that would evaluate and give
an opportunity to a player no matter what level of college he played at. 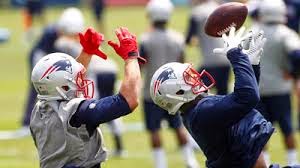 The Patriots scouted Butler and signed him to a free-agent contract after the 2014 NFL
Draft concluded.

That was all Butler needed.

The rookie impressed coaches and teammates in training camp with his work ethic and
ball-hawking ability. Tom Brady said after the Super Bowl that Butler intercepted him
so many times, he wondered out loud who the heck he was and where he came from.

Butler was like a sponge with the coaches and veteran players, soaking up all their
knowledge and instruction.  When his number was called in the biggest game of the
season, Butler was ready. 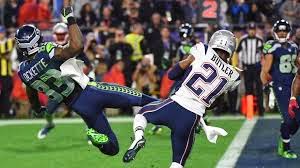 On his brilliant interception, he recognized the formation of the Seahawks from practice
and film study. Butler had an idea that they were going to try to use a rub or a pick play
to free the receiver and get him into the end zone.

Butler timed it perfectly and seized the biggest opportunity of his life. The pass by
Russell Wilson was right on target, but Butler made a play that's defined his 23-year
old life. He beat the receiver to the ball simply because he wanted it more. 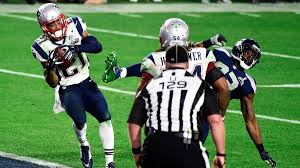 Butler was hungrier for it and made an interception that no one in Seattle or New England
will ever forget. It saved the game for the Patriots and ensured their legacy as one of
the best franchises in NFL history. It also brought Bill Belichick and Brady their elusive
and defining fourth Super Bowl victory.

Malcolm Butler, a player who got kicked off his junior college team as a freshman
and spent time working in a Popeyes Chicken restaurant, was now a real somebody.
He went to Disneyland, a place where fairy tales comes true, for being one of the
stars of the game. Brady wants to give Butler the truck he won as the game's MVP. 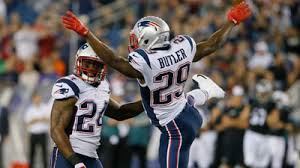 None of us thought an undrafted rookie free-agent could ever make this possible,
but Butler sure did. He is proof that no matter where you come from or how small
the school is you play for, it's OK to dream big. It's OK to believe in yourself when
nobody else really does.

Nobody really cared about Butler during the draft, but when it was over, the Patriots
made sure Butler knew they cared about him and boy, did it work out for everybody.

Adidas might want to line Butler up and re-make those "Impossible is nothing" commercials
because he is living proof that it most definitely is.
Posted by Paul Devlin at 6:20 PM