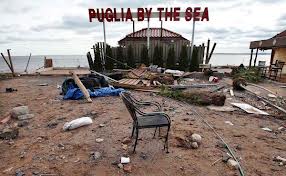 Somewhere along the line, somebody said that sports are a distraction from life's
everyday hardships. Even for just a few hours, they say, sporting events can provide
"relief" and take your mind off the problems that may come as a result of a crisis.
I've never believed it.

Superstorm Sandy re-affirmed my belief that sporting events really don't matter
much at all. They are just games, that's it.  As the people of Staten Island were dealing
with the devastation that wiped out their homes, livelihoods, and in some cases, the lives
of  their loved ones, do you really think they cared about the running of the New York
City marathon that starts in their borough every year? I don't think so. 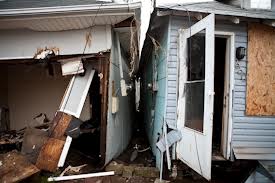 Some people wanted the New York City marathon to go on because it would
show the "toughness and resilience" of New Yorkers, as if that actually means
anything when  your home has been decimated by a storm surge and you're trying
to find your next meal.  There would've been 40,000 people in that race with only
about 10 who had a chance at winning it. And those runners come from places that
are hard to spell,  much less even  pronounce. Nobody really cares who crosses the
finish line when you have to pretty much re-start your life with next to nothing.

Thanks to ESPN, the Internet, and dreams of being professional athletes, a good
part of the nation has become obsessed with sports. But when the biggest storm to
EVER  hit the Northeast, it's amazing how insignificant sports become. I say this as
person whose  world, at one time, was all about sports. I played sports through college
and was lucky enough to play minor-league baseball for a few years. After that, I became
a sportscaster. It was my world. But the longer I worked in it, the less important sports
became to me. 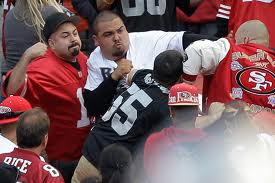 I can never really understood why people get so emotional about their teams. Adults
wear the jersey's of their favorite team and get offended when somebody, usually
another adult, talks "trash" about "their" team, as if they're actually a member of it.
In some cases, it leads to physical confrontations, bodily harm, which can result in
prison. All over a game where fans don't make a difference and have nothing to
do with. 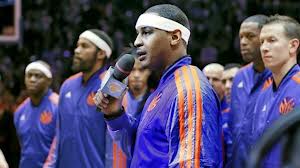 I've never understood why fans care so much about athletes who care nothing
about them. Do you think Carmelo Anthony of the New York Knicks really cared
all that much about the storm victims just because he took the microphone before
the team's season opener against the Miami Heat and thanked the fans and said he
was "thinking" about the all those who are homeless because of the hurricane? I didn't
see Anthony down on Staten Island providing support or signing a check to make
a big donation.

In fact, I haven't seen anything athletes help out or chip in with  a game check. I
guess they think talking into a microphone or giving an emotional 15-second soundbite
on "SportsCenter" will be more than enough.

Without having power to light up televisions or beam up a radio, people found
other ways to spend their time and pretty much forgot about what was going on
in sports world. That might be a good thing, because in the grand scheme of things,
sports don't really matter.
Posted by Paul Devlin at 8:51 AM