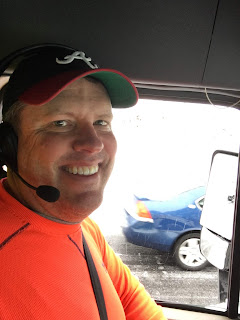 As much of the world has slowed to a crawl because of the coronavirus pandemic, Eric "Flip"
Fors, is rolling across the country on 18 wheels. While the government has ordered America to
stay at home to do its work, Flip is driving a big rig on the open roads trying to get to places you've never heard of.

Flip is a trucker and during these unprecedented and fragile times in global history, he is
delivering food supplies to stores in dire need of them.

"We as truckers take pride in keeping the supply chain moving," Flip said. "We all have friends
and families at home who still have to go to the store to buy things, so we have to work to keep
those shelves stocked. Daily life has changed, but it hasn't stopped," he added. 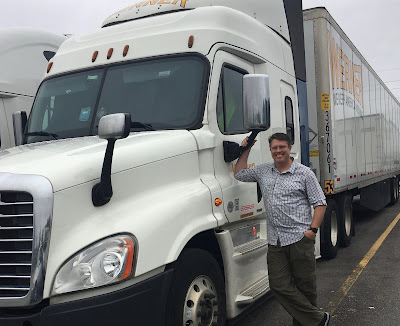 Flip's life changed in a very big way several years ago when he gave up a long and
distinguished career as a television producer to become a trucker. In his previous job, Flip
lived for breaking news, the kind that impacted the lives of people in the community and
ones that didn't get rinsed out quickly in the 24-hour news cycle. Now, he watches how
the media covers a world-wide pandemic from afar while making sure shelves are full
with supplies close to your home.

"When I did decide on becoming a driver, one of the things I found most attractive and
satisfying about it was how there was such a tangible connection between the job and being
a vital part of keeping the economy moving," Flip said. "Being an important link in the
supply chain, that continues to be very satisfying, so the current emphasis on our industry
is not lost on me," he stated.

Based in Atlanta, Flip has made deliveries to as far away as Binghamton, New York.
The social distancing mandates are pretty easy to abide by and he's steadfast in cleaning
the cab area of his truck with a plethora of sanitizers. And of course, washing his hands
thoroughly after every delivery is a must. Flip shares the road with other big rigs headed to all
points on the map, but things are definitely different. 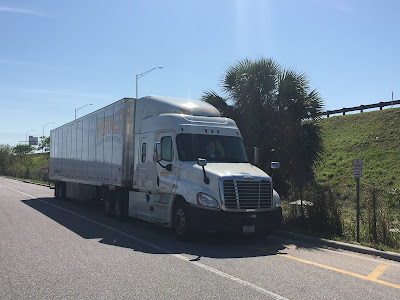 "As you might expect, roads have been much easier to navigate with civilian, everyday
drivers staying off the roads," said the former swimmer at the University of Georgia.
"I'd say traffic is probably down 25%.  There are a lot fewer wrecks out there as well,
to be honest."

Flip, who worked at television stations in cities like Fort Myers, Louisville, and Atlanta,
has an affable personality which makes him a magnet for friends. However, there aren't
many people to meet on the road, just the brotherhood of truckers doing the best they can under
trying circumstances.

"I would say the bond is as strong as ever," said Flip, who is also an avid tennis player
who possesses a legendary forehand that's well-known around the courts of Atlanta.
"We know we have a job to do and understand how critical it is to keep America moving
during this difficult time. We try to keep our social distance at truck stops and restaurants." 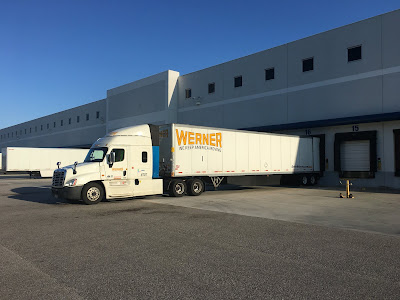 If he was carrying loads of toilet paper, Flip  might be the most popular man in America
right now, but he loves doing his work in relative anonymity,  delivering a lot of
the products we need to keep our lives fluid during these tough and surreal times.

Flip, we thank you for what you're doing!