IN SEARCH OF 'EL GUAPO' 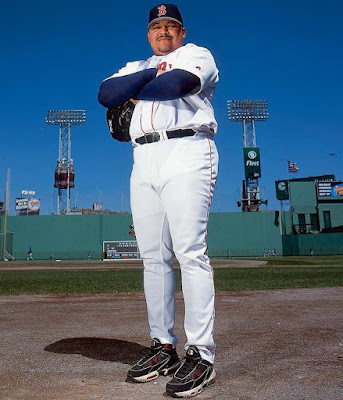 After the Hall of Fame ballots were tallied and the results were announced, I had a conversation
with a friend about the class that will be ushered into Cooperstown later this summer. My friend
is a die-hard Boston Red Sox fan and a real baseball junkie.

"Clemens should've gotten in, same for Schilling," my friend screamed through the phone. As if
I was surprised. He thinks Oil Can Boyd should be immortalized in the Hall of Fame, too.

I responded, "Any election that doesn't include El Guapo has to be rigged."

A big, hearty laugh blitzed its way through the cell phone and pierced my ear. "I loved
El Guapo! He was a great guy," my friend said. "I wonder whatever happened to him." 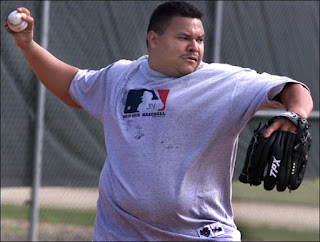 El Guapo is Rich Garces, who pitched for the Red Sox from 1995 - 2002. He was a cross
between Bartolo Colon and Pablo Sandoval: all belly. I covered Garces and the Red Sox on
my first tour of duty in Boston and  El Guapo was the sunshine on a team of prickly assholes.
He was a lovable guy who always had time to say hello - to everybody.

The media guide listed El Guapo, (the handsome one) at 215, which was off by about 35
pounds. He always had a smile on his face as he meandered his way through a clubhouse filled
with players who acted as if they'd rather be anyplace other than Fenway Park. 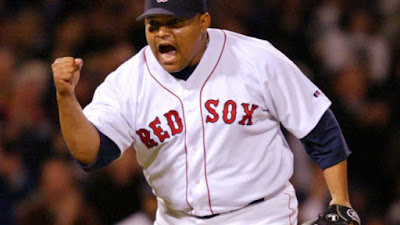 El Guapo could pitch a little bit, too. He morphed into one of the American League's premier
set-up men, posting a 5-1 record with and 1.55 earned run average in 1999. The following year,
the handsome one had a record of 8-1  with a 3.25 ERA. General Manager Dan Duquette, a
card-carrying member of the physique police, urged El Guapo to lose weight. He did and
was never the same.

El Guapo, who is a still a folk hero in Boston to this day, was done with the Red Sox in 2002, his
velocity disappearing along with his excess weight. However El Guapo found a home in 2007 pitching for the Nashua Pride, an independent team in New Hampshire. 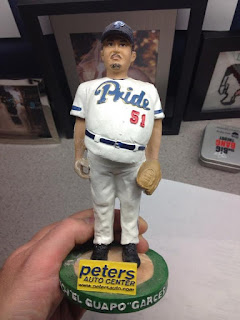 El Guapo was such a draw for the Pride, they scheduled a bobblehead night for him. Well,
it wasn't exactly a bobblehead. The anatomy was a little off. It was a bobblebelly in honor of
El Guapo's boiler. 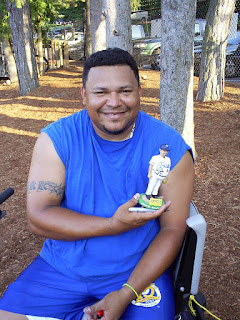 How awesome is that?

Two days after my conversation with a friend about El Guapo, I walked into a baseball facility
in Fairfield, Connecticut for a feature I was producing. The owner of the top-tier baseball
program said, "We have a great staff here. There's Willie Upshaw, he played for the Blue Jays,
and you remember Rich Garces, don't you?

There he was in all his glory. El Guapo is still a handsome devil after all these years. He
didn't look much different from the guy I watched and covered at Fenway Park in the late
90's. He had that same geniune smile along with the same body type and was very approachable.

I was a minor-league player in the Red Sox organization and had covered El Guapo in Boston.
We talked and shared a few belly laughs. It was one of the moments in life, that you find
yourself saying, "Damn, what are the chances of that?" 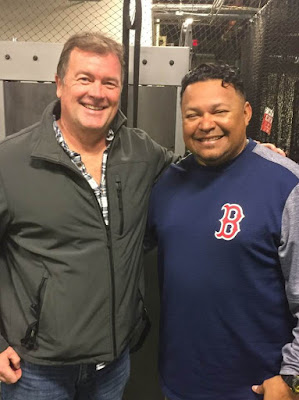 He still had the bobble-belly, too, but that's OK. After all, he is El Guapo - a true character of the game.