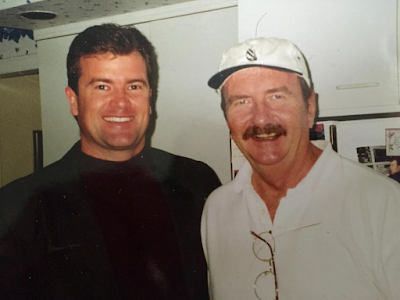 2016 has seemingly been defined by it. Perhaps, it's because a lot of famous people died
in a country that's obsessed with both celebrity and social media.

David Bowie, Muhammad Ali, Prince, Arnold Palmer,Gene Wilder, Florence Henderson,
Alan Thicke, Craig Sager, Carrie Fisher, and Debbie Reynolds were among those from the entertainment and sports world that passed away, most of them suddenly, drawing shock and
awe from a majority of a society that never knew, much less even met any of them.

But we mourned them all as if they were somehow connected to us. And that's OK. Death is
not easy and there isn't a manual on how to handle it, even if you didn't know the departed,
personally. We all do it in our own way. For those like me, who are on the other side of 50,
there are far more funerals to attend  these days than weddings or christenings. It's just
part of the cycle of life.

I will be attending another funeral very soon. My Uncle Jack passed away this morning,
shortly before the door slams shut on 2016, the year of death. Jack Devlin. 78-years-old.
The youngest of four children who all died with Alzheimer's disease. The Devlin curse.
Nobody dies of Alzheimer's disease, though, it's usually something else that robs them of
their last breath. Alzheimer's disease just makes the ending cruel, very cruel. 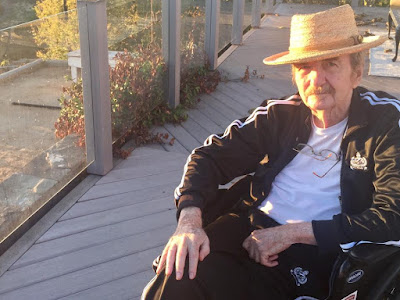 Jack was more than just an uncle to me, he was my godfather and really good friend. Jack, like
my father and his other siblings, was extremely Irish and very Catholic. I'm not sure he ever
missed Sunday Mass before suffering his cruel fate that was Alzheimer's disease. He was
successful in his career of television advertising sales and was blessed with the same sense of
humor my father and his brother, Jimmy, had.

Uncle Jack also had a heart of gold, willing to do anything for anybody at anytime. However,
he was  quite blunt, and often lacked a filter. But that's one of the things that made
Uncle Jack who he was. He told it like it was, never sugar coating a thing, or steering anyone
in a direction other than the one he felt they should go. (wink, wink)

That was Jack Devlin.

He laughed like Arnold Horshack, was sarcastic in an Archie Bunker kind-of-way,
but harmless as a Teddy Bear.

Uncle Jack had some tough times recently, but my cousin and his niece, Tara, was simply
remarkable in her care for him. A pure angel and godsend, she rescued him from Wisconsin
where he lived alone and took him back to San Diego where he received tremendous care.

Thank you Tara Blackburn for all you did in taking care of Uncle Jack. You are amazing.

Jack is at peace now and in a much better place along with his brothers Pat, Jim, and sister
Mary. I am truly thankful for that and thankful that 2016 is almost over.

Good-bye, Uncle Jack. You were one-of-a-kind and will be truly missed.