MY 15 MINUTES WITH TED WILLIAMS 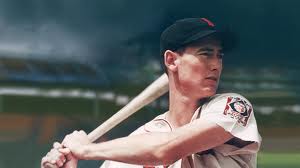 30 years ago, I experienced one of the most incredible days of  my life. It was like a
wedding or the birth of a child for most people, where everything is so vivid, so easy to recall,
and filled with moments that stay with you forever.

I was in my first full week of spring training with the Boston Red Sox organization in
Winter Haven, Florida. I was that kid in the candy store, the one with the huge smile on my
face and not a care in the world. I was playing baseball while wearing a Red Sox uniform and
loving every second of it. Heaven, I thought, couldn't be much better than this. 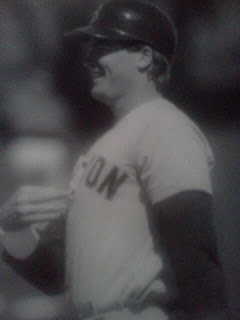 But things on this sun-splashed morning in a baseball facility lined with palm trees, were
about to get even more special and somewhat surreal. It was something that has stayed
with me until this day and an incredible experience that nobody can ever take away from me.

I  just finished up catching what seemed like a hundred pitchers beneath the Florida sun.
Perspiration met the lotion lathered on to protect my face, but ended up causing a burning
when it dripped into my eyes.

In the early days of spring training, there are 10 pitchers to every catcher and you spend
most of your time squatting and blocking  88-mile an hour sliders in the dirt. I had made
the position switch to catcher during my junior year at UNC, and long regretted not donning
the tools of ignorance sooner. I loved everything about the position, which is the most
physically and mentally demanding one in the game.

After catching a litany of pitchers for close to two hours, the camp coordinator told us to
get some swings in the cages, which were located smack-dab in-between the major and
minor league clubhouses. While catching, a fastball in the dirt ricocheted into my wrist,
forcing me to take a detour to the trainer's room to get a bag of ice to reduce the pain
and swelling of it.

There was a large gathering in the trainer's room as the pitchers,  who had thrown earlier,
were icing down their arms. Catching and blocking baseball's in 85 degree heat for
almost two hours is like running  a half-marathon, so I wasn't in any hurry to go hit.

The ice pack the trainer had given me combined with the 20 minute wait to receive it,
seemed to rejuvenate me before I had to make the trek over to the cages. 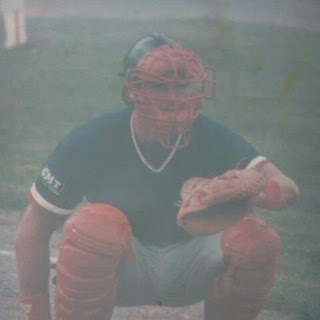 Once I got there, a few minor-league players were just milling around trying to decide if
they wanted to take a few more swings or head to the golf course to take a few more there.
Most of them traded in their lumber for their clubs and went to the showers to clean up
before making their tee times.

I stepped into the cages and took some swings off a coach who was positioned about 45 feet
away, the shorter distance forcing hitters to react quicker and develop more bat speed.

As I was taking my swings, I noticed a large figure walking down the alley between the
cages, out of the corner of my eye. This powerful-looking figure was coming from the
major league camp where he had been  offering instruction to players like Wade Boggs,
Jim Rice, and Dewey Evans.

I kept swinging as he kept walking toward the cage where I was. An adrenaline rush
washed over my entire body, as I had a good idea who was coming my way.  I became
more focused on the pitches that were traveling my way, the echo of rawhide meeting
lumber reverberated throughout the aluminum-covered cages.

The footsteps of this large figure got louder and louder as I went through my hitting drills.
My heart started racing faster and faster as I was swinging harder and harder, drilling balls
into the nets of the cage. All of sudden, those footsteps stopped and the cages became as
quiet as a church long after Mass had ended.

This imposing figure, which stood about 6'4" had stopped to watch me hit. There were only
three people in this area of the cage now: the coach throwing me batting practice, myself, and
one of the greatest hitters in the history of the game.

He shouted out to me with this booming voice, "Now, open those hips, swing up, and drive
through the  ball".

His voice was so unique and oh, so very strong. It sounded a lot like that of John Wayne.
But I knew damn well who it belonged to. After my follow through, I turned around to see
Ted Williams staring back at me.

I locked eyes with the greatest hitter who ever lived.

It was a moment that was so surreal, yet so powerful. I had seen Williams on tape and
in books, but I had never seen him in person, and here he was, about to talk to me about
hitting. The one thing he did better than anyone in the world.

Just me and him.

Me and Teddy Ballgame. 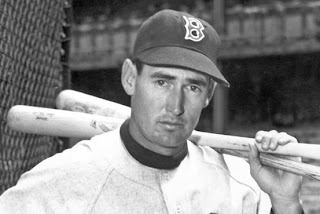 Having Ted Williams talk to you about hitting is like a musician getting tips on how to play
the guitar from Elvis Presley. This was unbelievable. I'm not star struck and never got
intoxicated by celebrity. Three months earlier, I was standing in a batter's box with Kevin
Costner filming a scene for "Bull Durham." I didn't consider that a big deal.

This was a big deal.

It was like Moses telling  me about the Ten Commandments. This was Ted Williams, a true American hero, talking to  me about hitting. I said to myself, "Oh my @*#$ God". Is this really happening?" 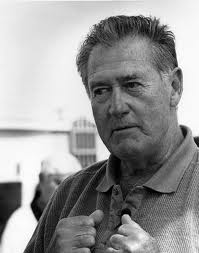 I stared at Williams as he was telling me about swinging with a slight uppercut, which I had
read and memorized from his book, "The Science of Hitting." Incredibly enough, I didn't
see him as a baseball icon. I saw him as a living legend. One of the biggest in the world.

Williams was telling me about finishing high with my hands, but I wasn't really listening.
Thoughts of him going through, not one, but two tours of duty in the military during his baseball career, rushed through my head.

That would be like Mike Trout taking a break from baseball right now to fight for his country. 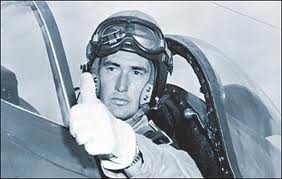 Williams was a fighter pilot in World War II and the Korean War. He had the opportunity to
take a position that kept him out of battle, but Williams pretty much said, "screw that". He
flew 39 combat missions in the Korean Ward. 39! The great General Douglas MacArthur was
a big fan of Williams and for his 40th birthday. MacArthur sent the Splendid Splinter a painting
of himself with a note that said,:

"To Ted Williams — not only America's greatest baseball player, but a great American who
served his country. Your friend, Douglas MacArthur. General U.S. Army.

I continued to take swings in the cage with Williams shouting out instructions to me. I said to
myself, "This is unreal. Nobody is going to believe this." After a few more swings, Williams
entered the cage, took the bat from my hands, and talked to me about the science of hitting.

I looked around to see nothing but a row of empty cages. If was just Ted Williams, the coach
throwing batting practice, and me. I said to myself, "Wow. Here I am with the last man to hit over .400 in a season. Please, don't anybody wake me up." 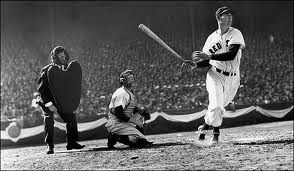 Williams told me to keep working on my swing. He said I should think about hitting "even
when you sleep. To be a great hitter," he commanded, "you have to hit all the time.
Morning, noon, and night."

I didn't say anything, but just nodded.

Williams said he had to go but I didn't want this moment to end, so I said  matter-of-factly,
"I'll walk out with you."  I may have sounded cool, but deep down inside I was humbled just
being in the presence of an American hero. I feared Williams looking down on me and saying,
"Don't push it, son."

As we left the dark cages, the world seemed so much brighter, the sun proudly bursting
as spring time approached. I was walking on sunshine, just having one the greatest experiences
of my life.

Talking about hitting with Ted Williams.

There were a lot of fans who had lined the fence outside of the batting cages. Once they saw
Ted Williams appear, their eyes lit-up like bulbs on a Christmas trees. Mile-wide grins
broke out in the presence of a legend, pens were at the ready, hoping to get the autograph
of a baseball God.

One of those fans was my grandfather, who had made the journey from Sarasota to see me
suit up in a Red Sox uniform in spring training. He was a former ballplayer himself, a strong-
armed pitcher in the minor-league system of the New York Yankees.

This was a big thrill for him. I asked Williams if he could say hello to my grandfather and
the Splendid Splinter obliged. With my heart-pumping through my Red Sox jersey, I thanked Williams for the time, and told my grandfather I'd meet him after I had showered up.

It was a moment I wanted to bottle up and stash in a security vault someplace very far,
far away. I didn't want anyone to ever touch or disturb the moment. It belonged to my
grandfather, Ted Williams, and myself.

Years later, in 2004 , just before he died, my grandfather sent me a letter via mail. I opened
it and out came a picture of me from my college days at UNC. On the back of the picture,
in the neat lettering of my grandfather, were the words and numbers: 3-15-88 Winter Haven,
FL. Training camp. And under it was the autograph of Ted Williams. 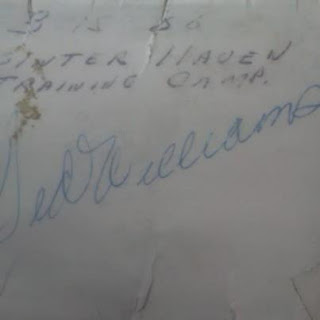 I did not know my grandfather had gotten Williams' autograph on the picture that day. He
just told me what a thrill it was for him to meet him. I've kept the picture and autograph in
my wallet ever since that day 12 years ago.

It's a reminder of the special moment that both my grandfather and I shared with Ted Williams
that day in mid-March.

The late Andy Warhol famously said that everybody gets their 15 minutes of fame. I may
have received that for belting a home run in the movie, "Bull Durham", but the 15 minutes
of time I had with the most famous hitter who ever lived, is pretty hard to top.

It definitely was special.
Posted by Paul Devlin at 8:14 PM