THE PATRIOTS ARE GOING TO THE SUPER BOWL 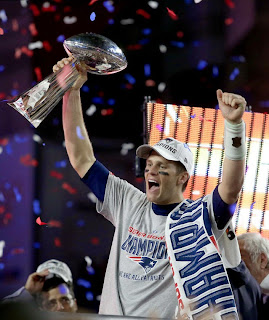 As soon as I found out Tom Brady was suspended for four games and the New England
Patriots were heavily fined by Roger Goodell, the NFL's prince of clowns, I checked to
see where the 2015 Super Bowl is being played. The Patriots will be in it and I wanted to
make reservations early.

San Francisco? Nice. It will make for  one helluva story.

That's right, you read correctly. The New England Patriots will represent the AFC (again) in
Super Bowl 50. What makes the story even better, Brady was raised in the Bay Area and
idolized Joe Montana, the Hall of Fame quarterback with four Super Bowl rings---just like
Brady.

Why do I think the Patriots will get to the Super Bowl with Brady forced to sit out the
first quarter of the season? Simple. No team in the history of sports plays the "Us against the
World" card better than the Patriots under Bill Belichick. Nobody. 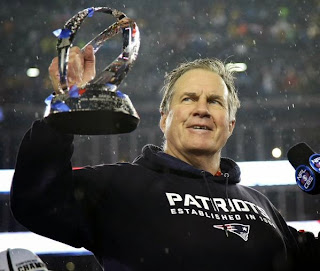 Yeah, how'd that turn out?

No team uses controversy to fuel them like the Patriots. Remember what happened after
Eric Mangini turned in his mentor for spying after the first game of the 2007 season? Yeah,
they embarrassed just about every team in the NFL on the way to the Super Bowl. They
were  an Asante Samuel interception drop and an out-of-this world catch by David Tyree
from going a perfect 19-0.

Remember when the Patriots lost Brady in the first game of the 2006 season to a knee
injury? Yeah, they went 11-5 with the immortal Matt Cassell under center. Cassell didn't
start a single-game in his career at USC, but Belichick coached him up and the Patriots
did fine.

The Patriots don't use injuries, not even to Brady, as an excuse. They plan, prepare, and
execute better than any team in the league. Oh, I heard that "nobody cheats like them
either," under your breath, but you can stick it and save it.

Hello, Jimmy Garappolo. The former signal-caller out of Eastern Illinos is now the
current QB of the Patriots.  Many people felt  he was a reach as a second-round
pick in 2013 simply because the so-called experts felt Brady had a few good years
left before retiring. How those experts looking now? A stroke of genius by Belichick
again. Oh, sure, nobody expected Brady to be out for cheating, but you can bet
Garappolo will be ready to step in. 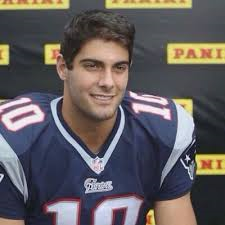 Under the Belichick, the Patriots have won 72 percent of its games, been to the
Super Bowl six times, winning four of them. Now, he has more fuel to fire up
his team. The world thinks the Patriots are the biggest cheaters in sports, Don Shula
mocks them, and they are the butt of a lot of late night television jokes.

Good luck with that NFL, the Patriots are on another mission.

Brady will be back to face the Indianapolis Colts in week 5. Yes, that's the same team that
turned the Patriots in for taking a little air out of the footballs. Brady had steam coming
out of his ears when his own fans questioned his ability after the Kansas City massacre,
you can bet fire will be coming out of his nostrils after the football world questions
his character and credibility for the next five months.

Man, I can't wait for the football season. This is going to be good---and painful
for opponents of the Patriots. I'm not saying they'll win the Super Bowl but I wouldn't
bet against them from getting there.