In a college football world where every coach always seems to
be looking out for number one, it was refreshing to hear Mark
Richt looking out for others. The Georgia Bulldogs head football
coach was cited by the NCAA for "impermissible" payments.
Richt apparently paid some of his assistant coaches more than
$60,000 from his own pocket over the course of a three-year
period. 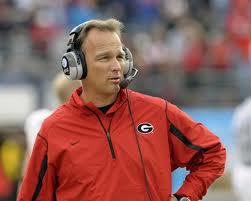 The veteran coach of the Bulldogs didn't think a few members
of his loyal staff were being compensated fairly by the university,
so he supplemented their incomes. How cool is that?

In a day and age where coaches like Lane Kiffin and Todd Graham put
blinders on and chase the almighty dollar, it's nice to see a guy
taking care of the guys who take care of him. Loyalty and dedication
was rewarded by Richt, who some say put his job on the line with these
"transgressions". (The NCAA has so many silly rules that
it's nauseating). Not by a long shot. Richt enhanced his reputation
as a coach and person who is grounded and of high-moral
fiber. According to the Atlanta Journal Constitution, Richt
helped out in a number of ways.

• To former linebackers coach John Jancek, $10,000 in 2009 after the
previous university administration declined to give Jancek a raise when
he turned down a coaching opportunity elsewhere.

• To director of player development John Eason, $6,150 in 2010 when his
new administrative position called for a salary reduction after he
stepped down from an assistant coaching position on Richt's staff.
Richt also paid a total of $15,227 when the school -- citing "difficult
economic conditions being experienced by the University" -- refused
bowl bonuses to 10 non-coach staff members: director of sports medicine
Ron Courson, video coordinator Joe Tereshinski, strength coaches Keith
Gray and Clay Walker, football operations manager Josh Brooks, high
school liaison Ray Lamb and four administrative assistants.
He also paid a five-year longevity bonus of $15,337.50 due to tight
ends coach Dave Johnson when he took a job at West Virginia in 2008
just short of his fifth anniversary coaching at UGA and $6,000 to fired
defensive ends coach Jon Fabris in 2010 when Fabris was unable to find
a job after his UGA severance package expired. 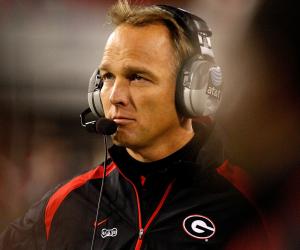 As we've seen over the past few months, there are a lot of quality coaches
in college sports, but not a lot of quality people. The University of Georgia
has a great coach and person in Mark Richt. Paying more $60,000 from
his own pocket for his assistants? How cool is that?
Posted by Paul Devlin at 3:14 PM