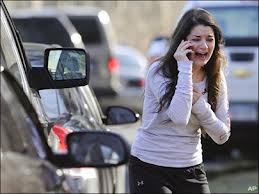 Not many people around the world had ever heard of Newtown, Ct. before Friday's
unimaginable tragedy. It's a small, sleepy town that is neatly tucked away in the
southwest part of the state and a good distance away from the bright lights of New
York City. The people there prefer it that way.

Bruce Jenner, the decathlon champion, put Newtown on the the map in 1976 when
he won a gold medal at the Olympic Games in Montreal. Jenner had moved to Newtown
when he was 16 years old and graduated from the high school there. Shortly after
the gold medal was draped around his neck, the football stadium at Newtown High
School was named in his honor. He brought national and worldwide attention to the
town, made it relevant, and gave its residents a reason to be proud. 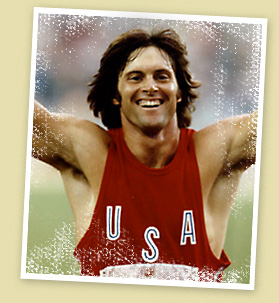 But 24 years later, school officials  took Jenner's name on the stadium after they felt
slighted by Jenner during fundraising efforts for improvements to the field.

On December 14, 2012, Newtown became the focus of national and worldwide
attention again. But unlike Jenner's name on the football stadium, they will never
be able to make it go away. There is Columbine, Virginia Tech, Aurora, and now,
unfortunately, Newtown. 20 innocent children and six adults killed by a 20-year
old deranged gunman. Innocence lost forever and Newtown will never be the same.
Ever.

I went to high school in New Canaan, which is just 35 miles away from Newtown.
We played summer league baseball games there, but I never knew much about
Newtown until two years ago. I worked as a baseball instructor at the Newtown Youth
Academy which is an immaculate, 86,000 square foot facility, much like you'd see on
the campus of a major college with a great football program.

It became the centerpiece of the town and a place where kids from 6 to 18 came
to play baseball, basketball, lacrosse, football, and tennis. It's a source of great pride
for the people of Newtown as there is nothing like it in the state. The towns
along the gold coast of Connecticut such as Greenwich, Westport, New Canaan,
and Fairfield are envious of the magnificent facility. 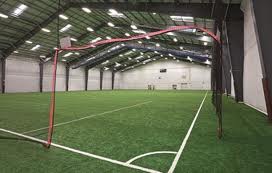 There is a large, turf-covered surface than is much longer than the length of a football
field on one side. Tennis and basketball courts and a full-track on the other. I had
the chance to work with kids between the ages of 6 and 16 during winter sessions
and spring camps. 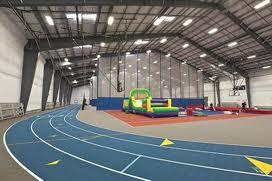 However, most of our campers were between the ages of 6 and 10. And anyone who
has ever coached and worked with kids, knows  these are the ages of true
innocence, when they play for the true love of the game, and the pure joy that comes
across their faces when they have just a little bit of success, is priceless.

I remember giving one-on-one instruction to a 6-year old boy who was just so
happy to be playing baseball. His demeanor would change when his dad would arrive.
A stage father through and through, he would ask me why his kid wasn't hitting
the ball the other way. I'd respond, "this is the time for your kid to have fun playing
the game. He's six-years old. He's not going to get a major league contract tomorrow.
I prefer to give the kid a lot of swings. Gain some confidence and have some fun.
If he doesn't have fun and gain some confidence, he will get frustrated and quit." 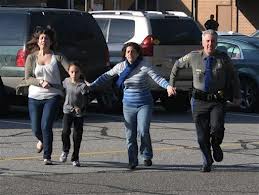 When I heard about the Newtown tragedy and the ages of the children killed in
the massacre, I got a pit in my stomach. This unspeakable tragedy happened so
close to where I once worked. We have yet to see the names or the faces of the
children who lost their lives. When we do, the pain of this entire nightmare, will
increase by 1,000. To see the faces of those innocent children, so happy, so carefree,
and so special---who are no longer with us for no good reason at all, will be gut-
wrenching.

I know there will be at least one face that I will recognize. I worked with so many
young kids in a town with not a lot of them. It will be sad. It will be heart-wrenching.
It is not fair.

The memory of that little kid I had worked with, walking out of the gym with his
father, glove in hand, bat over his shoulder, and the name, "Pedroia" stitched on a Red Sox
jersey with a number 15, is a memory that I took from my time working in Newtown.
I hope and pray, I don't see his face when the pictures of the victims are soon released.
Posted by Paul Devlin at 6:54 AM