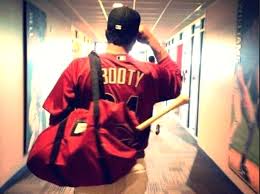 The Dos Equis guy is a fascinating mythical figure and one that a lot of men try to emulate.
He is cool, cultured,  and without a doubt, the most interesting man in the world. When
he drives a new car off the lot, it increases in value. When he goes to sleep, the sheep count
him. And he lives vicariously...through himself.

The Dos Equis man has no equal, but I'm starting to think he's really Josh Booty in disguise.
Booty has lived a life that most men who care about sports and being an athlete, would die
for. Gifted by the God's with a powerful right arm, Booty, like Bo, knows what it's like to
play professionally in two different sports. He played in college stadiums packed with more
than 100,000 fans and even got a World Series ring. 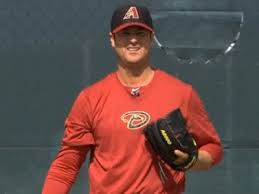 Today, at the age of 37, Booty is getting another shot at the major leagues. He won a reality
show on the MLB Network called the "The Next Knuckler", that earned him a ticket to the
big league camp of the Arizona Diamondbacks where he is trying to earn a spot on the
team's  pitching staff as a knuckleball pitcher. Don't bet against Booty making the team
because he always seems to do what he wants and make it happen.

To fully appreciate the life and times of Booty, you have have to hit the rewind button and
go back to Shreveport, Louisiana where Booty grew up. The Shreveport area is unofficially
known as the cradle of quarterbacks. It has produced NFL signal-callers like Terry Bradshaw,
Joe Ferguson, Stan Humprhies, David Woodley, and Brock Berlin. Bert Jones and Bubby
Brister grew up just down the road near Ruston.

None of them put together a high school career as good as Booty's. Not Bradshaw. Not Jones.
Not Humphries. Booty played at Evangel  Christian Academy, a school that was built to
support a football program. They ran a version of the spread offense 10 years before the
spread offense became the rage in football. The school recruited the best players in the area
and with it, came allegations of cheating or at least, bending the rules until they nearly broke.

Booty was a phenom. He threw for 11,700 yards and 126 touchdowns on his way to being
named USA Today Offensive Player of the Year and National High School Player of the Year
by six different publications. Booty was selected to the All-Time High School football team,
the other  quarterbacks mentioned were Joe Namath and John Elway. Booty signed a letter-of
-intent to stay in state and play for LSU.

Baton Rouge would have to wait. As a power-hitting shortstop with thunder in his bat and
lightning in his arm, Booty was drafted 5th overall in 1994 by the Florida Marlins, signing
for a then-record $1.6 million. 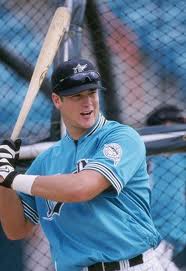 As a professional baseball player, Booty struggled for the first time in his life. He had a
couple of 20-plus home run seasons in the minor leagues, but he struck out once  every three
at-bats. Still, Booty persevered and made it to the major leagues with the Florida Marlins,
picking up a World Series ring after the Fish won it all in 1997.

But Booty had the itch to play college football at LSU in front of 90,000 fans at Death Valley
in Baton Rouge. He said good-bye to the Marlins and hello to the Tigers. He won the starting
job as a sophomore and in his two years as the starter, tossed 24 touchdowns and was named
first-team All-SEC quarterback. 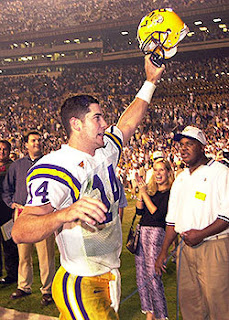 Yes, Booty was living vicariously...through himself. It was his sports sandbox and we were all
just playing in it.

Booty made himself eligible for the NFL Draft in 2001 and was taken by the Seattle Seahawks
in the 6th round. He also had stints with the Cleveland Browns and Oakland Raiders, but never
played a down in the NFL, but at least he could say that he was good enough to get drafted and
sign an NFL contract.

Since leaving football, Booty has been an entrepreneur and even had a few roles on the soap
opera, "Days of Our Lives." But when the MLB Network came calling, Booty jumped at the
chance to the "The Next Knuckler". Off course he beat out the likes of Doug Flutie, David
Greene,and younger brother, John David,  to win a ticket to Arizona's big league camp. 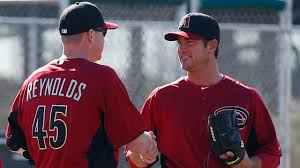 Booty is in camp with the DBacks fighting to earn a spot on the team. The odds are stacked
against Booty, but as he has showed us through his wonderful life, do not bet against him.
Booty may not have reached the two-sport stature of Bo Jackson or Deion Sanders, but what
he has done is pretty incredible.

He blazed his own trail, and as the most interesting man in sports, he has lived vicariously
through himself---and what a life it has been.
Paul Devlin at 6:10 AM
Share