THE 12 SLEAZIEST DAYS IN SPORTS HISTORY 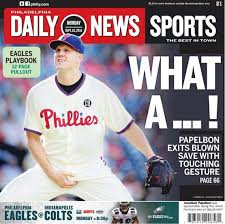 Over the past five years, there have been singular seismic scandals that emerged
from the the cess pool. The events at Penn State, Rutgers, and inside the bedroom
of Tiger Woods come to mind. But there has never been a string of them like
we've seen over the past 12 days. Ever.

Punches, whippings, head-butts, crotch grabs, cover-ups, infidelity, lies, and larceny
have dominated the headlines for nearly two weeks. I feel like I've had to lather, rinse,
and repeat ten times to get the slime off me after hearing about them on ESPN and
TMZ and seeing Twitter and Facebook set ablaze with comments just about as rude
and salacious as the scandals themselves. 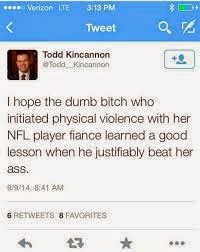 Vince Lombardi must be rolling over in his grave and uttering the famous line
captured by NFL Films during his days with the Green Bay Packers: "What the
hell is going on out there?!!!"

This is the darkest and sleaziest period in the history of sports. It all started September 7th.

Monday  TMZ beats the NFL to the punch by obtaining, then releasing the Ray Rice
video that saw him cold-cock his wife in an elevator. This touched off an
avalanche of bad news that made seemingly good people look really bad
and smart people look really, really dumb. 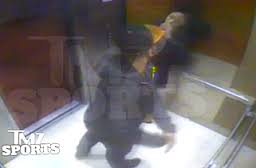 Tuesday  NFL commissioner Roger Goodell during an interview with CBS This Morning
says he never saw the video or knew about it when he gave Rice a two-game
suspension. I'm not a lawyer but I did stay at a Holiday Inn Express for a few
nights and I became smart enough to know the commissioner is full of crap and
lying through his teeth. 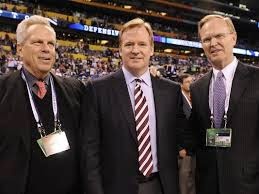 Friday    Things were quiet until the stunning news that an arrest warrant had been issued
for Adrian Peterson of the Minnesota Vikings. The All-Pro running back allegedly
beat his 4-year old son with a "switch" as a form of punishment. Reports stated
that Peterson stuffed his son's mouth with leaves and lashed him 30 times leaving
cuts, welts, and bruises on the child's legs, buttocks and scrotum. 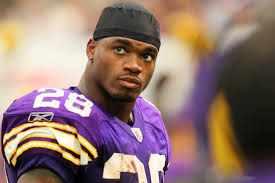 Saturday Peterson turns himself in to Texas authorities and is released after paying $15,000
bail. The Vikings deactivate Peterson for Sunday's game against New England.

Sunday    Jonathan Papelbon of the Phillies gets booed after giving up five runs in relief.
On the way to the dugout, the veteran reliever reaches down and grabs his crouch
in response to the booing. Papelbon gets ejected and MLB suspended him for
seven days. 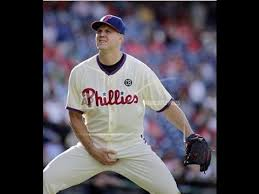 Monday  The Minnesota Vikings reinstate Adrian Peterson to the team. Several hours later
a report surfaces about another 4-year old son Peterson allegedly abused.
Raddisson, a sponsor of the Vikings, pulls out of their deal with the team as
a result of the Peterson scandal.

Tuesday  Florida State's Heisman Trophy winning quarterback Jameis Winston makes
an appearance at the student union on campus that will never be forgotten. He
get up on a table and screams a flat-out vulgar obscenity. Twitter lights up.
Winston is eventually suspended for the upcoming game against Clemson. 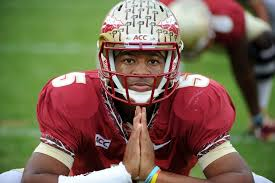 Wed.       The Minnesota Vikings reverse course and decide to deactivate Peterson for
the rest of the season. The Carolina Panthers do the same with Greg Hardy, who
was convicted in July of domestic abuse. He beat his then-girlfriend and tossed
her on a couch with loaded rifles. 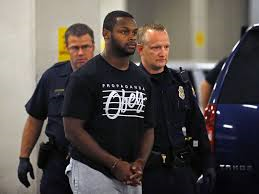 Hours later it gets worse for the NFL, much worse. Arizona running back
Jonathan Dwyer is arrested at the Cardinals facility for allegedly assaulting
his wife. Details emerge that Dwyer head-butted his wife in the nose after
she rebuffed his request to have sex. He also allegedly threatened to kill
himself in front of her and their son. The Cardinals deactivate him immediately.

Thur.      Ron Washington, a longtime manager of the Texas Rangers who resigned suddenly
on September 5, admits in an emotional press conference that he cheated on his
wife of 42 years and that was the reason why he walked away from his job. 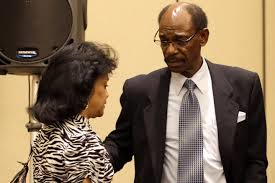 Friday    After being invisible during the NFL's biggest crisis, commissioner Roger
Goodell hold a press conference and admits he screwed up--and that's about it.
He dodged questions and said very little to make anyone feel good about the
NFL and it's procedures for handling its personal conduct policy. Later that
afternoon, a report on ESPN says that the Baltimore Ravens attempted to
cover-up the Ray Rice scandal by attempting to sway law enforcement officials
and asking commissioner Goodell for leniency in dealing with Ray Rice. 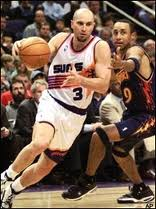 To top off the incredibly dark and sleazy period, former NBA star Rex Chapman
was arrested in Arizona Friday. Chapman allegedly stole $14,000 of merchandise
from an Apple store then sold the items at a nearby pawn shop. What a loser.

Everybody in the sports world seems to have been a loser over the past 12 days.
It's been a period unlike any we've ever seen before and the sad thing is, it doesn't
seem to be ending anytime soon.
Posted by Paul Devlin at 2:05 AM