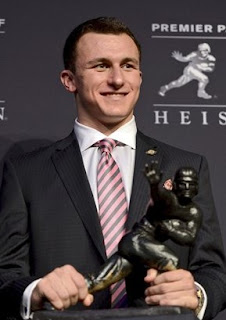 Judging by all the comments about Johnny Manziel made over the past week, one might think
he is the worst person on earth. Immature. Disrespectful. Arrogant. Self-destructive. But my
favorite one had to be, "His character is not that of a true Heisman Trophy winner." I got a big
chuckle out of this one.  Either people have short memories or they have been spending too
much time on Facebook, Twitter, and their iPhones.

The Heisman Trophy is given to the best college football player in the country. It's ignorant to
think that it has anything to do with character. That all sounds good, but it's not reality. Good,
Lord, can you imagine if Manti' Te'o and not Manziel won the award last year? He would've
been considered the biggest fraud in the history of the Heisman if he had captured the honor. 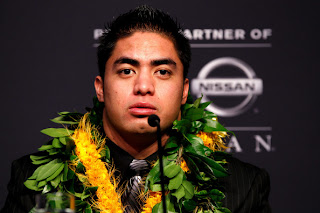 Why do people think that if you win the Heisman Trophy you should stay in, read the Bible,
save small children from evil, and help elderly woman cross the street? Why do we think it's
a requirement of them to be perfect? It's silly and not reality. If you're already a good person,
chances are, the Heisman Trophy is not going to change you. If you're already a bad person,
chances are, it's not going to change you, either.

Go down the list of Heisman Trophy winners and you'll be surprised at what's happened to
a lot of them. They make Manziel's "behavior" seem tame and much ado about nothing.

Paul Hornung. The golden boy out of Notre Dame won the Heisman Trophy award for
Notre Dame in 1956. He burned the candle at both ends and got into trouble in the NFL,
getting suspended for a year because of gambling.

Billy Cannon, winner of the 1959 Heisman while playing for LSU,  spent almost three years
in prison for a counterfeiting scheme. Printed $50 million dollars in fake $100 bills. Man,
that is behavior worthy of a Heisman Trophy winner!

Charles White (USC), George Rodgers (South Carolina) and Ricky Williams (Texas) all
went off the rails with drug problems after winning the Heisman Trophy. Williams quit
on the Miami Dolphins and was suspended several times by the NFL for failed drug tests. 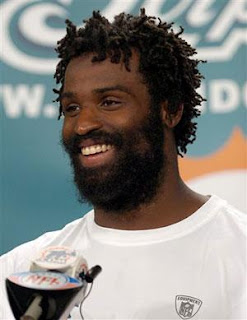 I can only imagine what kind of things we would've seen if Facebook and Twitter had
been around back then. Nope, we NEVER would've seen them in bars or at parties having
a good time.

Wow, I thought all Heisman Trophy winners were as pure as holy water.

Should we keep going? Reggie Bush took more than $300,000 from a prospective agent
on his way to winning the Heisman Trophy in 2005. Bush single-handedly put USC on
probation and ended up giving his trophy back, the first player in the history of the award
to do so. 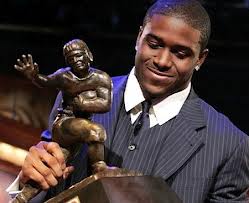 Should we talk about OJ Simpson and his behavior after winning the Heisman Trophy?

It seems like we want our Heisman Trophy winners to act like Tim Tebow and Danny
Weurfel, and when they do, we criticize them for being too good, or frauds, or just not
very good or interesting.

Let's face it, the Heisman Trophy lost its luster years ago. It's not the greatest thing.
since sliced bread anymore. Some say it lost some credibility when Gino Torretta beat
out Marshall Faulk for the honor in 1992. Torretta was about the 8th best player on the
Miami Hurricanes that year and Faulk was a one-man show for San Diego State. 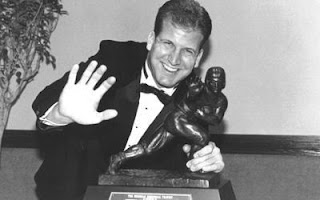 It didn't seem to mean all that much when immortals like Jason White, Eric Couch,
Andre Ware, and Rashaan Salaam won the award. ESPN has tried to revitalize it with
their hype machine, but many feel it just doesn't carry the weight that it used to.

Now, what exactly has Johnny Manziel done that is so bad except be himself. That's who
he is. Winning the Heisman Trophy award is not going to change that. It sure hasn't for
a lot of those who have won it.