REALLY? The NBA franchise that resides in New Orleans has decided to change
its name from the Hornets to the PELICANS? I mean, really, this is almost comical.
I understand the pelican is the state bird of Louisiana and John Grisham had a
best-selling novel called "The Pelican Brief", but this is a bad move by the franchise.
How does anybody in the state get fired up for the PELICANS? 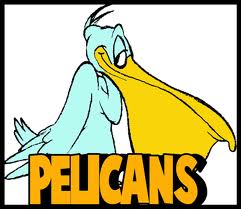 I worked in the great state of Louisiana and there are definitely some strange looking
creatures down there, and the pelican is one of them. They are just weird looking. They
are not menacing, sleek, or fast, just kind of, well, strange. I'm sure they'll
make for great logos on merchandise, though. Pelican Fever...Catch it!.

REALLY? Chicago Cubs manager Dale Sveum was accidentally shot on a hunting
trip by none other than Hall of Famer, Robin Yount. I mean, really, how does this
happen? They were teammates during their playing days in Milwaukee and have
remained friends and longtime hunting partners. They were hunting quail in Arizona,
(never knew the desert to be a hot spot for quail) anyway Yount was tracking a
bird with Sveum about 50 yards ahead of him and boom! Can you say Dick Cheney? 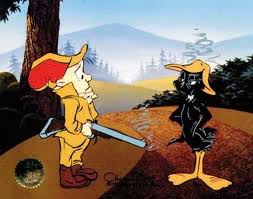 Yount nailed good ole Dale in the back of the ear with some pellets. There was
a lot of blood, but Svuem, who guided the Cubs to one of their worst seasons in
franchise history, was OK. "We do it all the time, Sveum said. "Not that close
all the time, but we do get BB's fall on us." He sounds a lot like Elmer Fudd to me.

REALLY? Ozzie Smith not only auctioned off his 13 Gold Glove awards, but he
hawked the two World Series rings that were gifted to him by the St. Louis Cardinals.
I mean, really? That's kind of tacky and classless. The franchise gave him the rings
after the team won it all in 2006 and 2011 and the Wizard turns around and sells them
for about $100,000. I think I'm going to sell all the Christmas gifts I get this year as
soon as I tear the wrapping off them. I can understand Ozzie selling the Gold Glove 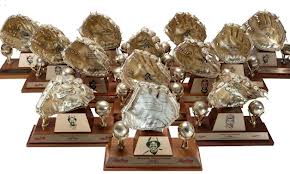 awards, which melted into cash for the tune of $519,000. One can only look at those
things long enough, before they become like a piece of furniture or a picture on the
wall. But to sell the two rings that he was given? I don't know, that doesn't seem
right to me.

REALLY? The Boston Red Sox gave Shane Victorino a three-year contract worth
$39 million? I mean, really, the guy hit .255 last year with 11 home runs and he gets
all that cash. I thought the Red Sox learned from the mistakes they made with Carl
Crawford, Adrian Gonzales, Julio Lugo, Matt Clement, J.D. Drew, and.. well, you
get the picture. Derek Jeter has to all but beg the Yankees for a $17 million dollar
deal last off-season and Victorino, at 32-years old, gets a whopper of a contract
like this? Really? 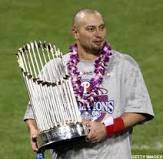 REALLY? Chad Johnson went on ESPN's "First Take" and made a plea to
NFL general managers to sign him. I mean, really, how desperate can you be
Ocho-zero? You get arrested for butt-heading your wife, get cut by the Dolphins,
lose your reality show, not to mention your wife, and now you're begging for a
another shot? Johnson said:

"Dear NFL teams. At any point--maybe not this year because it's kind of late
and I'm still working on myself. But at any point next year, if you're looking
for my services---what am I bringing to the table? Humility. I'm quiet and I'm
always open." 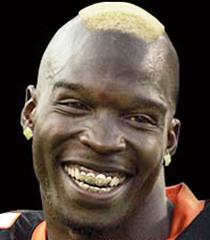