NFL SUICIDES: DON'T BLAME IT ALL ON FOOTBALL 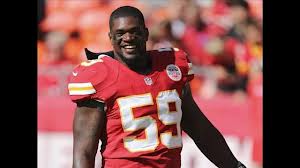 Paul Oliver, a former member of the San Diego Chargers and just 29 years old, took his
own life this week, setting off another alarm in the NFL, and putting the league in the
same sentence with suicide once again. Oliver is the 14th current or former NFL player
to end his own life in the last 25 years.

The NFL was shaken to its core last November when Kansas City Chiefs linebacker Javon
Belcher shot his girlfriend before turning the gun on himself in front of head coach Romeo
Crennel and team president and general manager Scott Pioli.

At the time, the league was in the midst of dealing with a concussion problem and a lawsuit
by more than a hundred former players who claim the NFL mishandled the diagnoses and
treatment of them, leading to serious mental illnesses such as depression and dementia in
their football after lives.

When Junior Seau, Ray Easterling, and Dave Duerson took their own lives, everyone
in the media was quick to point out, without any scientific proof, that it was possible
that years of suffering hits to their heads that ultimately forced these players to pull
the trigger on the guns that ended their lives. 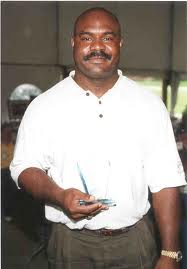 If I had a dollar for every time I read an article where writers surmised that
post-concussion syndrome was  responsible for these players deaths, I wouldn't have
had to buy a ticket for the Powerball this past week. Relating concussions and suicides
seemed to be the thing to do amongst the media because it seems so obvious and
compelling. A violent game leads to violent death. Repeated hits to the head are
the cause of these sudden endings, they say. But are the really?

Hours before Belcher ended the life of his girlfriend and himself, a couple in
Brooklyn, New York was found in their apartment, the result of an apparent murder-
suicide. The husband was 53-years old and commuter van driver. His wife was 39-years
old and a pharmaceutical rep. Neighbors say their marriage had deteriorated and
the woman was trying to get a divorce. There were no reports the man ever
played a down of football or suffered from concussions.

Last September in New Canaan, Connecticut, a former Wall Street executive who
had fallen on hard times, shot his wife before killing himself. He never played football
and didn't have any brain injuries caused by repeated hits to the head.

To blame all these suicides in the NFL on concussions and brain trauma is wrong.
Real problems in the real world are likely more responsible for the deaths than
what occurred on the football field. 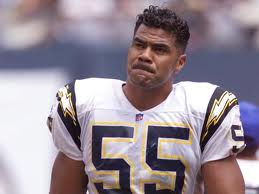 Junior Seau was said to be nearly broke despite grossing more than $50 million
in his NFL career. He was divorced and rarely saw his children. There were
bouts with alcohol and depression, which can happen to a former star trying to
cope with life when the cheering stops, as well a Wall Street banker who has to
scale back an extravagant lifestyle when the gravy train comes to a screeching
halt.

It's possible Seau and the banker saw very little hope in the future and chose
to end everything.

Duerson, the former Chicago Bears defensive standout, filed for bankruptcy and
was divorced shortly before killing himself. He was reportedly $4 million in debt.
That certainly would cause a lot of stress and lead to depression for a lot of people.
According to his family, Duerson suffered at least 10 concussions during his NFL
career and he asked that his brain be donated to research after he passed away, it
could have played a factor in his death, but it's possible that being deep in debt
had something to do with it, as well.

In November 2010,  Denver Broncos receiver Kenny McKinley killed himself at
the age of 23. He didn't suffer any concussions in the NFL, but he was coming
off his second knee injury. There was a lot more to it than that. Investigators said
that McKinley had a gambling problem and was deep in debt. Days before his
suicide, McKinley was ordered to pay $3,000 to a woman in South Carolina
and there were reports he was about to be hit with a paternity suit from another
woman. 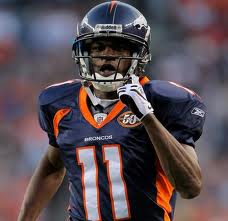 It's possible that McKinley just couldn't deal with the pressure of his mounting
problems and decided to pull the trigger and end it all? This happens every day
to people in all walks of life, not just football players.

Hits to the head happen, but so do real problems in the real world. It's too early
to surmise what led Belcher to kill his girlfriend and then himself. Perhaps, the
stress of being a first-time parent, (the couple had a 3-month old child) and trying
to succeed in the vicious world of the NFL was too much for Belcher to handle.
We don't know for sure. He was in his fourth season in the NFL and didn't have
a track record of concussions, so blaming it on the affects of brain trauma probably
won't pass the muster test. 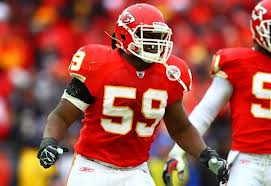 According to the American Foundation for Suicide Prevention, the suicide rate
in this country is the highest its been in the last 15 years. It's the 10th leading cause
of death and every 13.7 minutes, a person dies by suicide. There were 38, 364 of
them in 2010.

Only one of the them involved an NFL player and that was McKinley. The recent
rash of suicides involving current or former NFL players, might have more to do
with real life problems, than the ones that may have occurred from playing on Sundays.