If there are any psychiatrists out there looking to rev up their clientle and make
some major money, they might want to explore the world of sports. Whether its
the  stress of trying to make a living some or some hidden psychological problem,
there are a lot of athletes and coaches who can use some help. 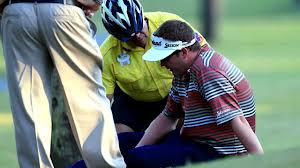 Last weekend, PGA rookie Charlie Beljan was floundering around the course with
medics following close behind after suffering a full-fledged panic attack. Somehow
Beljan, who needed a good performance to keep his playing card, managed to win
the tournament despite feeling like he "was going to die." 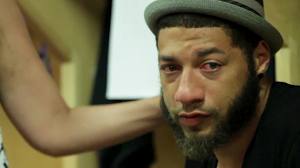 Royce White, the 16th pick in the last spring's NBA Draft, has a fear of flying
and obsessive-compulsive disorder, which has force to sit out every one of the
games played by the Houston Rockets this season. The team has arranged White
to work with a team of psychiatrists, but thus far, he's refused their offer and
is threatening to quit before ever taking the floor for a single game. 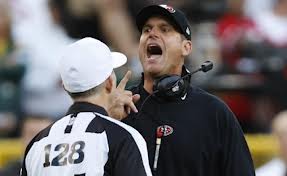 Jim Harbaugh, the head coach of the 49erswho is wound tighter than a facelift,
recently underwent a "minor" heart procedure to correct an irregular heartbeat.

And how about LSU's Les Miles going postal in his post-game press conference?
That was a beauty and get this, the Tigers beat Ole Miss 42-35. Wonder if the
Mad Hatter would've blown his top off if LSU had actually lost.


Does Miles need to have a course in anger management? Should Royce White
make an appointment with Dr. Phil? After Charlie Beljan cashes his check,
should he pick up some Xanex to help with those panic attacks? We know
there is a tremendous amount of pressure in sports, but all these incidents
happened in the last 10 days. 'Tis the season for major meltdowns.

With all the stress these college and professional coaches are under, I hope
we're not on the verge of one of them going all Woody Hayes on a player.
I just hope we don't see a coach drop dead on the sideline. 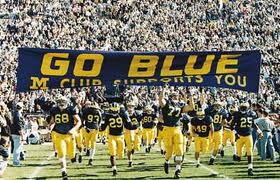 If you watched "60 Minutes" on Sunday night, you might think that has
a good chance of happening. Michigan coach Brady Hoke works from
5:45am to 10pm every night and rarely eats on game days. The players
train year-round and have to deal with trying to balance studying while
getting ready to play in front of 100,000 people and on national television.
It's surprising more of them don't wind up having panic attacks and OCD
like Beljan and White.

With the new playoff to determine a national championship on the horizon,
the stakes will sure to be raised. Michigan, which generates more than
$90 million in revenues from football, is more than determined than ever
to win a championship and are doing everything they can to keep up with
the Joneses, or Alabama, if you will.

The question is, will this "chase" for glory ever be too much? With all
the money to be made, the answer for all the major schools, will always
be no.