SUPER WAS AND SUPER IS

Tim Tebow was so good at Florida, he sent Cam Newton into
college football's witness protection program. Gainseville
wasn't big enough for both of them, so with Tebow already
annointed as the second coming, Newton went off to the world
of junior college football where the only people who know
where you and what you're doing are family, friends, and
recruiters. Newton went to some school in Kansas that you
never heard of while Tebow became the most talked about
player in the nation with the Gators. 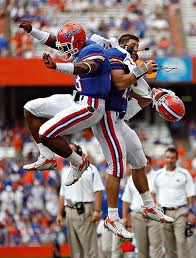 CBS, which holds the contract rights to everything SEC,
helped turn Tebow into a mega-star. Producers hunted down
pictures of Tebow wearing a Superman costume when he
was a little kid and the mixed in the song, "I am Superman",
for a nice little feature. And to Gator Nation, Tebow really
was Superman, revered for his incredible talent on the field
and his humble nature and humanitarian efforts of it.

Meanwhile, Newton was off somewhere in Kansas, far far
away from his home in Georgia. He was doing Superman-like
things that mirrored those of Tebow, but when you're in
junior college, you don't get on CBS, or ESPN for that matter,
and nobody sees you.

After spending just a year in JC,  his father Cecil pimped him
around to the highest bidder. Cam eventually landed at Auburn,
while Tebow said good-bye to Gainseville and hello to Denver,
as the Broncos suprised everyone and took him in the first round.
Critics of Tebow said that while he was a phenomenal athlete
he wasn't a pro-style quarterback, had bad mechanics, and
would have trouble adjusting to the NFL. 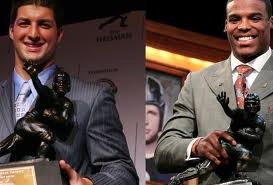 After winning the Heisman Trophy and the national championship
at Auburn, like Tebow did at Florida,  many of the so-called experts
said the same things about Newton that the did about Tebow.
Phenomenal athlete, bad throwing mechanics, and after playing
in the spread offense, would have trouble adjusting to a pro-style
offense. I think its laughable when I hear scouts feel it's a huge
adjustment to make 7-step drops after playing in a spread offense.
Newton is a freakish athlete who can do pretty much whatever he wants. Like Tebow, Newton got extensive coaching before the NFL
draft where his mechanics were fine tuned and adjusted. Nobody
had to do anything with Newton's physical tools because God
blessed him with extraordinary size, speed, and strength,
especially for a quarterback. When Newton held an open
workout, many were skeptical of Newton's ability to play
quarterback and succeed quickly in the NFL. Trent Dilfer
of ESPN and former NFL QB was the only one who openly
raved about Newton. His praise of Newton was off the charts,
while others were lukewarm, saying anyone could look good
throwing in shorts against no defense.

The Carolina Panthers had the first pick in the draft and
the moribound franchise and needed a rock-star and Newton
was it. They took Newton and then had to endure the lockout
to work with a player many considered a long-term project.
But when camp opened, it was pretty obvious that Newton
was pretty special. He won the job and opened the season
with back-to-back 400 yard passing games. 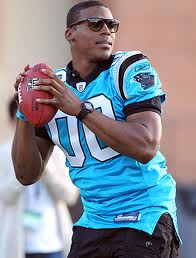 Newton has become what Tebow was in college, Superman.
A man blessed with jaw-dropping talent doing extraordinary
things. He runs through, over, and around people, and has
adjusted to the NFL far quicker than anyone could have imagined.
He is as special in Charlotte as Tebow was in Gainseville.

Tebow, like Newton in college, has finally gotten his chance
with the Broncos. He was named the starter before the teams
game against the Dolphins, which marked Tebow's return to
the sunshine state.  In the first 55 minutes of his first start,
Tebow was horrible. Just plain horrible. He was missing
wide-open receivers, making bad reads, fumbling the ball
away, and failing to move the offense. But in the last five
minutes, Tebow put on his cape and morphed in the Superman
he was at Florida. He brought the Broncos back from a
15-0 deficit and helped Denver win the game in overtime.
No longer even the remotely most talented player on
the field, Tebow must now rely on heart and will rather
than skill. As a quarterback in the NFL, that usually
won't get it done as teams will adjust and expose your
weaknesses. 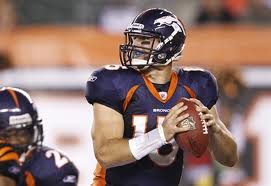 Cam Newton has no weaknesses. He can read defenses
and throw the ball better than anyone (except Dilfer) ever
thought he could. He is the NFL's new Superman, a player
blessed with once-in-a-generation type skills and talent.
Tim Tewbow is no longer Superman, nor will he ever
be in the NFL. He might be a good player, but he'll
never be the player he forced into transferring to junior
college.
Posted by Paul Devlin at 6:36 AM